We are delighted to announce that we now have two accredited Beer Sommeliers at the brewery, with Claire and Tom both having been awarded the recognition following assessment at The Beer Academy in London last week.  This brings to seven the total number of Beer Sommeliers in Ireland and both are delighted to be joining the illustrious group of Paul, Phil, Aidan, Sarah and Des. 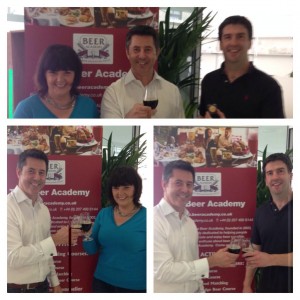 The beer sommelier scheme offers recognition of a significant depth of knowledge of beer styles and beer and food matching for successful candidates and follows on from Claire and Tom’s ongoing work in the areas of food pairings, tutored tastings and beer education and staff training. Both are also qualified beer judges through The Beer Academy and have a wide knowledge of beer styles, flavours and food pairings and have been huge ambassadors and promoters of the craft beer scene here in Ireland over the last five years. 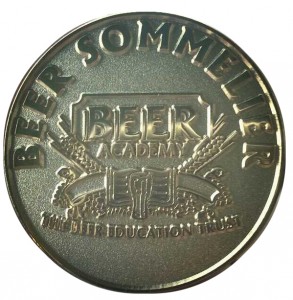 Join Claire and Tom throughout the summer as they host tours and tasting sessions at the brewery as part of our Summer Series, where you can learn more about our beers and try some samples with food matches and hear their thoughts on the world of beer and food pairings! First of the series is this Friday, 11th of July at 5pm. For more information or to book a place, please contact the brewery.